Sometimes failed negotiations are the ones that teach us the most

I had the privilege to personally advise one of the negotiating parties in the talks to form a new German government following the September election. This was perhaps my most challenging assignment ever, with valuable lessons learned along the way.

For those not initiated into the details of German coalition politics: the country now has six parties, all with assigned colors:

Given the complexity of the situation and the declared intention of the four democratic parties never to cooperate with the Left or AfD parties, the only realistic coalition seemed to be a CDU/FDP/Green combo, whimsically named for the colors of the Jamaican flag. But what a challenge, as especially the Greens and FDP have little love for each other. Could a four-way win-win deal be crafted?

And so fairly complicated “pre-coalition” talks ran for more than seven weeks, covering 31 issue blocks and with repeated and fairly exhausting all-night sessions. After coming tantalizingly close to an agreement, the process was abruptly aborted as the FDP dramatically pulled out of talks at literally 10 minutes to midnight. What to do?

I took away three big takeaways from this experience:

So what to do now? As a much weakened Frau Merkel turns to her fairly unattractive BATNA of a renewed Grand Coalition with the SPD, it really is unclear where the country is headed. Negotiations continue, also for the former participants, if now far less public. Stay tuned! 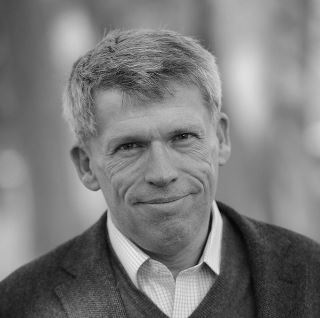 Mark Young Negotiation Expert, RGI President Dr. Mark Young, the founder of Rational Games, is an independent author, trainer and consultant with many years´ practical and academic experience in the area of negotiation, mediation and conflict management skills. His theoretical work is tempered by practical lessons learned as a negotiator in government (US Department of Commerce) and in the field of corporate finance and mergers and acquisitions in the US and Europe. Mark divides his time between Cambridge, Mass, Washington, DC and Berlin, Germany.

Should You Make The First Offer In A Negotiation?
By Tony Hughes | October 22, 2020

How Can You Strengthen Your Negotiation Arguments
By Tony Hughes | October 22, 2020