We are a team dedicated to helping your company achieve a measureable improvement in the way you sell, negotiate and communicate in your chosen markets. Your business will not reach its commercial potential unless it can do these things well. The good news is that these are not skills you are born with, but ones which can be learned. The chances are that you already have the people inside your company who can make you successful – if they learn to do it right.

On behalf of Huthwaite International we implement the SPIN Suite of programmes including SPIN Selling, SPIN Marketing, SPIN Coaching alongside PITCH™ which is tailored to shorter sales where few customer interactions are possible and Account Strategy which is specific to longer, more complex sales.

We also implement our world renowned Negotiation programmes as well as our Communication solutions.

Our dedicated team is here to help you as well as answer any questions you may have. Please do not hesitate to get in touch using the boxes below. 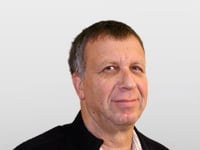 Kobi Pompan is a clinical psychologist with 35 years’ experience of consulting and training mainly in High Value complex sales and negotiation. Kobi joined Huthwaite International in 1995 and since then he has done a lot of training and consulting work with some of Israel’s leading companies such as: Amdocs,  Rafael, 3M, Nova, Roche and many others. He has also worked with the Israeli branches of multinational companies such as IBM, Coca Cola, Microsoft and Lundbeck. Kobi is a master of Bridge and he was the psychologist of the Israeli national team in some of the world championships.

For projects beyond Israel, please contact our global headquarters on +44 (0)1709 710081. Alternatively click the red button to email us.

Receive insight and opinion straight to your inbox. Choose your options below.