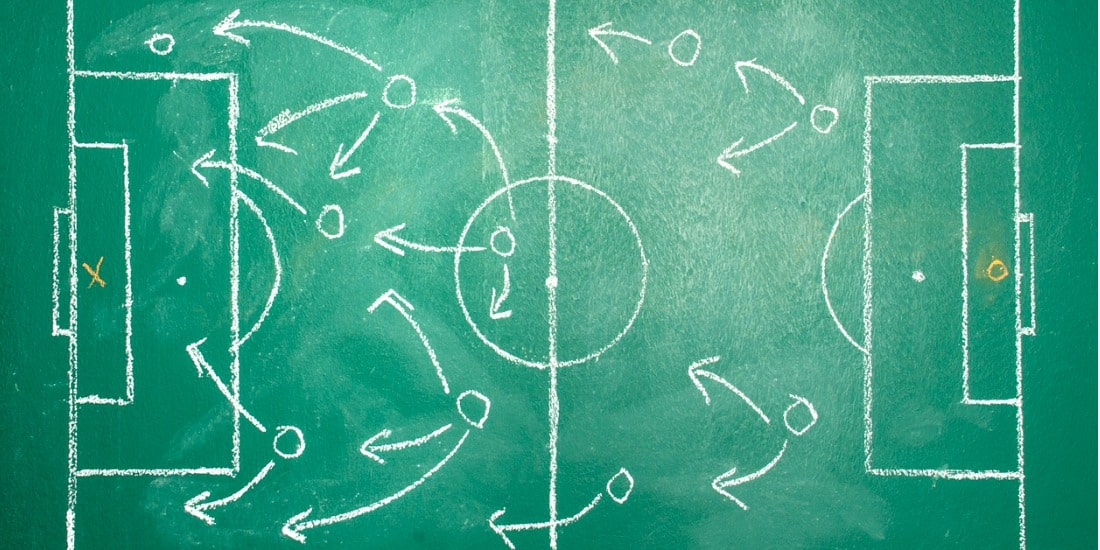 So, football did not come home. Instead it’s head was turned by the romance of fountains, a ride on a Vespa and the prospect of pasta. Your mother always warned you that Football was fickle.

Gareth Southgate’s role as the Manager of the England Men’s team has been praised - rightly. He has built a group loyal to each other, clear about the roles they play and unquestionably supportive of each other. The egos which bedeviled previous teams seem to have been set aside, replaced by a single minded focus on team success.

He has also taken a stance beyond the pitch – his ‘Dear England’ letter a masterpiece in both supporting his team and recognizing that team’s wider significance.

But as in all sports, the manager or coach or performance director has one simple drawback to performing the leadership role. They don’t go onto the pitch. They can’t ‘lead from the front’ as the oft quoted military cliché has it.

Which is why listening to the commentary and the pundits as England played their games during Euro 2020 was illuminating. Not the empty, and seemingly endless, clichés about ‘digging deep’, ‘giving 110%’, ‘tracking back’ or ‘game awareness’. What struck a chord with me was how often the term ‘leadership’ was mentioned in relation to different players. Not just Harry Kane, the captain and main striker, but other players from the goalkeeper Jordan Pickford to the 19 year old Bukayo Saka. The role of leader was not fixed and not applied to an individual or a specific role. While management was vested in an individual, leadership was distributed across the team.

This has a bearing on the role which we play in learning and development. I have been around long enough to remember when management training was re-badged as ‘leadership development’. It was a find and replace task. For the most part, the content of the courses and modules was relatively unchanged, just the words were altered (and often the price tag!)

Most damagingly, perhaps, accessing leadership training and leadership development courses remained the preserve of those in named management roles – supervisors became team leaders; project managers became project leads and functional managers became Chief something or other. As well as some increased responsibility (and occasionally - but not often enough – accountability) came the golden ticket to the suite of leadership programmes, courses and initiatives. Organisations were considered enlightened if they delivered leadership training to high potential individuals on talent fast tracks and those with aspirations to step up to a so-called leadership role. But the link between job title and leadership development remained stubbornly unbroken.

In reality, a cursory glance at most successful teams shows that leadership is distributed. Individuals with no specific management responsibility are influential, can support and coach their peers and set the tone for how the team performs. Leading by example is not the preserve of those on the highest salaries or the corner offices. In fact, leading by example may be impossible once the leader is separated from her or his team by the trappings of seniority.

Instead, everyone can lead and those organizations who recognize the reality of distributed leadership build the skills of individuals to exercise their leadership in ways which directly contribute to success. The alternative is having a team of leaders without a unifying vision. There will be disjointed effort. Hobby horses are ridden and group think, toxic cultures and bullying can as easily be the outcome as focus, direction and shared goals. If we agree with Drucker, that ‘Culture eats Strategy for breakfast’ then it logically follows that a poor culture has the potential to defeat an organisation’s strategic intentions.

As with Gareth Southgate’s efforts to forge a team from a group of young and talented performers, organisations would do well to focus on unleashing the leadership skills of all their people. Leadership is a distributed capability. It is performed by individuals aware of the behaviours they exhibit and the impact that these behaviours have on those around them and the overall success of their team. We should recognise that teams need not one leader but a plethora of leadership skills, exhibited when required to meet the demands of the moment. Leadership emerges from the context not the position. And good leadership is informed by a unified vision and a concern – above all else – for the success of the group.

It follows, therefore, that leadership development cannot and should not be the preserve of those who have climbed the greasy pole. Apart from anything else, it may be too late for those who have risen to the top.

But let’s never forget: your mother was right. Football is fickle.