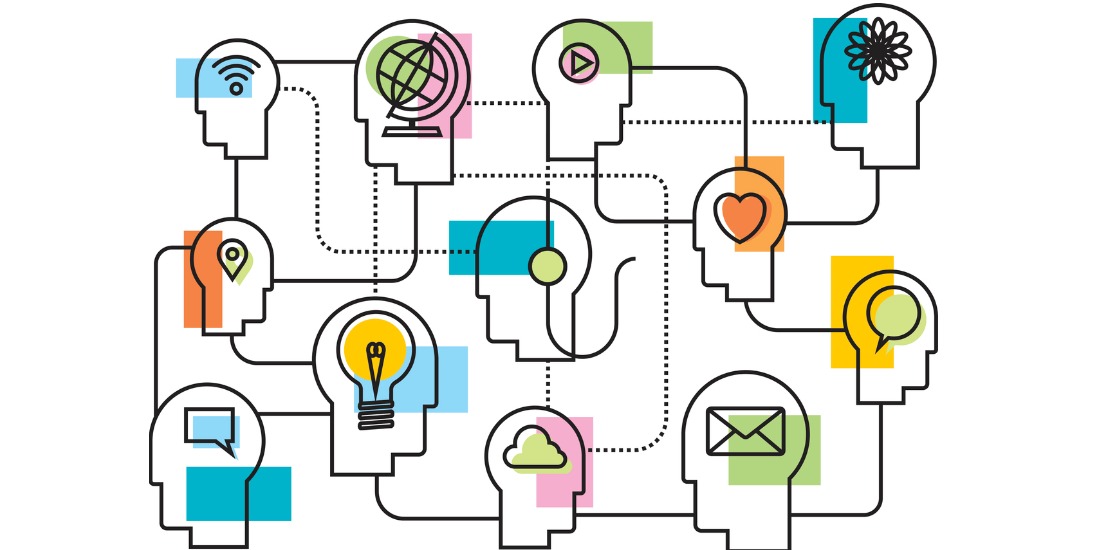 Except it wasn’t – really. If we take a sober look back at the 12 months since the first UK lockdown, the reality is that what has happened in the world of L&D was an acceleration of changes which were already afoot, rather than the devastation many feared. It was April 2020 – in the first weeks of the pandemic – that we saw a plethora of articles about how L&D was beginning to adapt, to move online, to virtual delivery and digital learning resources.

In the main, though, the focus was doing the things which were already being done in a way which by-passed the need for face to face classrooms. Taking the opportunity of workers being at home and slowly working out how that was going to work, organisations focused efforts on their existing e-learning libraries – primarily dedicated to Health and Safety and compliance. (According to iHasco – a provider of, ahem, Health and Safety and Compliance e-learning courses).

The organisations who were already providing virtual classrooms and webinars scaled up their offers and the occasionally used video conferencing software was dusted off and teams were rapidly trained in the mysteries of breakout rooms and sharing whiteboards.

The underlying thought was – ‘this is a blip, let’s prepare for when the world returns to normal’.

Well the ‘return to normal’ seems further away than ever and organisations are beginning to realise that wherever we end up, it won’t be where we started from. As a result, the roles which people used to perform may have changed forever. The skills our people needed to perform those roles are not the skills they need now.

The articles have moved from how L&D teams have adapted to different circumstances to the skills people will need for this altered world of work. The World Economic Forum has estimated that 40% of core skills will change for workers who remain in their roles, and 50% of employees will need reskilling. Gartner has found 53% of organisations can’t identify the skills they need to transform their workforce.

Into this void has jumped the resilience gurus and those who think everything will be fine if we just train people to be more empathic and in touch with their inner Buddhist. They describe a series of characteristics which – though probably desirable – are not defined in relation to a suite of skills which can be easily developed. They have chosen the language of self-help over the more practical (through less sexy) skills required to build digital capabilities and address job changes as a result of widespread and accelerating automation.

Human workers will need to add value to the processes being automated. The skills focus here will be in analysing the available data to tell compelling stories; interpreting and explaining - not merely assuming that big numbers are meaningful. It will require individuals who can persuade and communicate effectively. Seeking information, generating actionable insights and understanding the concerns, fears and needs of others, will be key to humanizing and succeeding in a digitally transformed corporate landscape.

But those are not skills. They are the outcome of using a series of individual skills. The broad brush approach of many in L&D sees ‘communication’ as a skill when in truth it is a series of micro skills and behaviours. In the same way as being good at a sport, playing a musical instrument or driving a vehicle do not require a single skill, they require a combination of task and decision making competences, each of which can be assessed, worked on and improved.

I have an actionable definition of skills for L&D teams. It is this:

Valuable proficiencies which can be improved through deliberate practice.

It’s worth unpacking that statement. Valuable means it is statistically linked to success or better performance and improved outcomes. Which suggests we can measure it.

Proficiencies means we can be good at something – and if we can be good, we must know what good looks like and feels like. It implies there is a standard to achieve and that individuals can judge themselves – and be judged by others – against that standard.

Deliberate practice means that there are tasks which we can undertake the point of which is to improve or get better at doing something. This suggests an iterative process, involving feedback from others and reflection on our own account, leading to incremental improvement through subsequent practice sessions.

The case for up skilling and reskilling is unarguable. The first step on the road to upskilling and reskilling is to genuinely understand the skills we and the people we serve will need. Repetitive process based tasks are being done by machines and robots and this trend will continue. We need to develop the microskills required to enable individuals to flourish in a world of digital transformation and automation.

In a world dominated by science and technology we need a scientific approach. We can no longer rely on the imprecise language of empowerment and self-help. Apart from anything else, the corporations are making these changes and thus have a responsibility to engineer the capabilities of their people to contribute in the world they have envisaged. Putting all the responsibility on the individual is a cop-out.

For L&D, the start point is understanding what we mean by skills and then engaging in a process of enabling deliberate practice, building proficiency and supporting people to add the value that only humans can bring.

This article was first published in Training Zone

Beyond transactional communication - the human touch
By Robin Hoyle | June 18, 2021