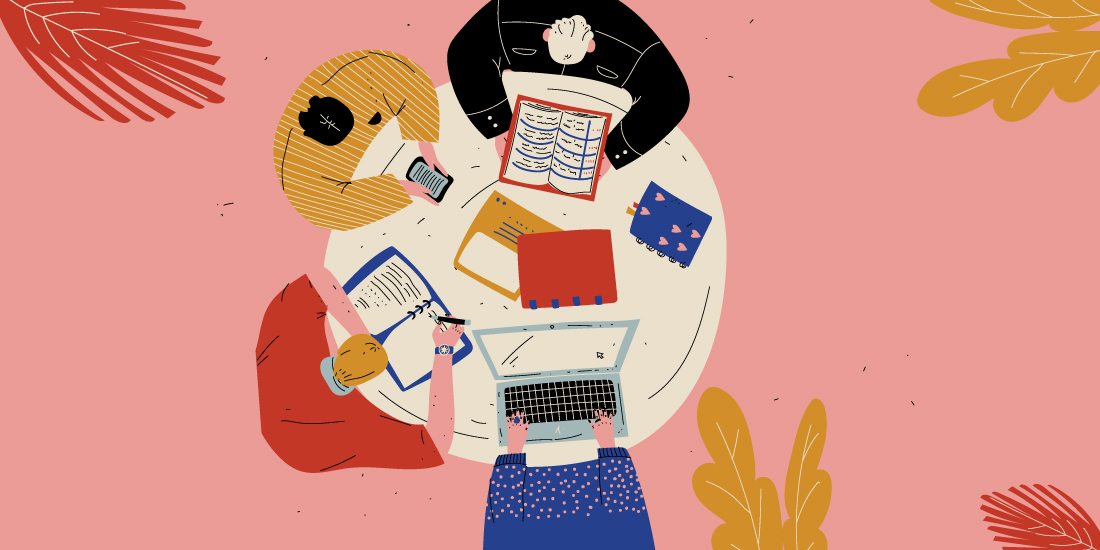 Training interventions work better when businesses have a learning culture. This means that learning and development professionals are often immersed in the learning culture conversation, but do we really know what it means and what we're aspiring to achieve? It’s a commonly used phrase, but when I ask individuals what they mean by ‘learning culture’, the closest I get to a definition is ‘a culture in which people learn’

Given that humans learn in pretty much any environment, that doesn’t seem to be a useful definition. Most of the learning we instinctively do is informal. We work with others, we work things out, we observe and internalise how people do things and emulate the most successful.

When I talk about informal learning, those who would lay claim to a learning culture will share an anecdote about how they were able to informally learn a new thing.

However, when Berg and Chyung conducted this study, they found no correlation between the learning culture or the degree to which the organisation could credibly be described as a learning organisation and the incidence of informal learning among those surveyed. They wrote:

In other words, people learn all the time, regardless of the culture in which they work. Whether they learn the right things all the time, or the things which will help them perform and the organisation succeed, is an entirely different matter.

If a learning culture is not necessarily correlated with informal learning, maybe it’s about formal learning. Maybe it means that people complete online modules, attend classroom courses, keep up to date with personal development plans?

Once again, I am sceptical, because although all those things can be measured and the data tracked, does it necessarily mean that learning is taking place? I have worked in organisations that lay claim to a learning culture on the basis of this kind of data, but when I spoke to the users of these various interventions, I often found that they were simply ticking boxes.

There’s more to learning culture than we think

Three factors that play a part in learning culture:

However, assuming those factors are in place, there are still missing elements before one can lay claim to a learning culture.

Culture is the sum of dominant attitudes which affect action. What we think has a bearing on what we do as individuals, in our teams and as an organisation.

If everyone believes that problem solving, innovating and sharing good practice is positive and how the organisation works, then that is what people do. If people are criticised or discouraged for introducing new ideas, then people will stop.

The most harmful phrase I have heard usually from more established members of staff when responding to ideas by new people is ‘Oh, yes, we tried that in the past. It didn’t work’. This always indicates to me that a culture may be light on learning.

I’m not saying that new folk in a team shouldn’t benefit from the wisdom of those who have been around for a while longer. But what is that phrase saying is: ‘You don’t have the experience to change things around here’

The first thing we need to have is a way of new ideas coming to the surface and being accepted and worked on, including by those with more experience and the scars to prove it.

The other hallmark of learning cultures I have witnessed is role clarity. This is the kind of organisation where individuals know what their job is, not in the sense of key performance indicators, but in the sense of purpose and outcomes.

Do individuals know how they contribute to the organisation’s mission? Do they understand the values and vision of the organisation? Can they work towards these things without having to be reminded? Do they have an objective view of the standards they are achieving?

This role clarity extends to managers. If you have people who lead others who do not think that performance improvement is a significant and vital part of their role, then you do not have a learning culture.

The goal of a learning culture is to enable people to deal with change.

The second important part of a learning culture is a degree of personal autonomy focused on contributing to the organisation’s purpose with appropriate support from managers.

This does not necessarily mean coaching, though this could be part of the answer. It may be performance management, facilitation, feedback, assessment or mentoring or a combination of all these. There’s no one answer that is right for all cultures.

Continuous dialogue between team members about how performance can be improved is vital to learning culture. This is not the same as having an annual appraisal where the course catalogue is pushed across the desk. It isn’t a checklist. It is a genuine consultation about how individuals can improve their performance, how managers can assist and whether the best way to achieve this is through a robust

Now we understand the factors that contribute to successful learning culture however, there’s often a gap between what organisations want to happen and how people conduct themselves day-to-day basis.

Some organisations seem to be more amenable to their team developing their skills than others.

If you re-frame the visible and available behaviours that surround people at work, you potentially re-frame or re-set the culture in which they work. In other words, if you want to change the way we do thing, you need to understand the way things are done and then change it.

Rather than seeing culture as one large and difficult to define entity, it helps to see the culture as a collection of behaviours. A series of small things that only become culture when they’re viewed as an undifferentiated mass.

Reflect values in behaviours and beliefs.

A learning culture is the sum of individual behaviours and factors. It is an environment that either facilitates or hinders individuals and teams in building their capability. Based on conversations with clients I had worked with, where things went and well and others where learning culture was not so successful, I drew up a list of ten features that appeared regularly in any discussion about what it means to have a learning culture.

I then asked a group of learning and development professionals to rank these factors. Those ranked highly were very important in creating a learning culture, while those ranked further down were less important. If a respondent didn’t think a factor was important, they didn’t give it a ranking at all

There was a good spread of responses, and the difference between the highest rank and the lowest rank wasn’t that great, but there were three distinct groups. I labelled these groups as most important, important and less important.

Those that made the most important category were, to borrow Edgar Schein’s terminology, ‘

These were the things such as; development plans, senior manager endorsement and manager coaching constitute the ‘ correct’ answers to ‘what is a learning culture?’ The trouble is, I’m not sure that they’re that important.

are only powerful in building culture when they are reflected in behaviours and beliefs.

Finding evidence of these factors at work

In the case of manager coaching, there seem to be so many different activities that individuals might consider to be coaching that it’s difficult to see how it impacts the learning culture. The respondents said that it sounds right, but there’s not a lot of evidence of it going on in practice. I know this because I also asked the survey respondents to tell me how prevalent these individual components of a learning culture were in their businesses and they groups with whom they worked.

The reality on the ground.

In around half of the cases, respondents said the behaviours, features and activities were only evident in a few places, or not evident at all.

When I looked at the more behavioural elements such as staff sharing their knowledge and expertise with colleagues, managers being recognised and rewarded for supporting team member development, team leaders providing actionable feedback and mistakes being used as learning opportunities. these were even less likely to be evident.

In the case of managers being recognised and rewarded for supporting team members development, this was rarely evident or not evident in over two thirds of cases. This was the first item on the list to be considered not evident at all for more than half of respondents.

It would appear that we have some work to do to build learning cultures in the businesses represented here. There are gaps between what we want to happen, what we claim is happening and the reality on the ground.

If a culture really is the sum of available and visible behaviours, then some of these behaviours need to become more widespread before corporations can claim to have a learning culture - at least in the opinion of the people who responded to my survey. Notice the words I used there, ‘in the opinion of’. I make no great claims for this research. I collected the views of around fifty people to illustrative the sentiment of a specific group, but all interested in specific areas of learning and development activity, and therefore it is not a significant research project.

That said, its more robust than many research articles published by corporations in the learning and development world – usually prefaced by words such as ‘ground breaking’ or even worse ‘meaningful’.