Train for the skills you’ll actually use 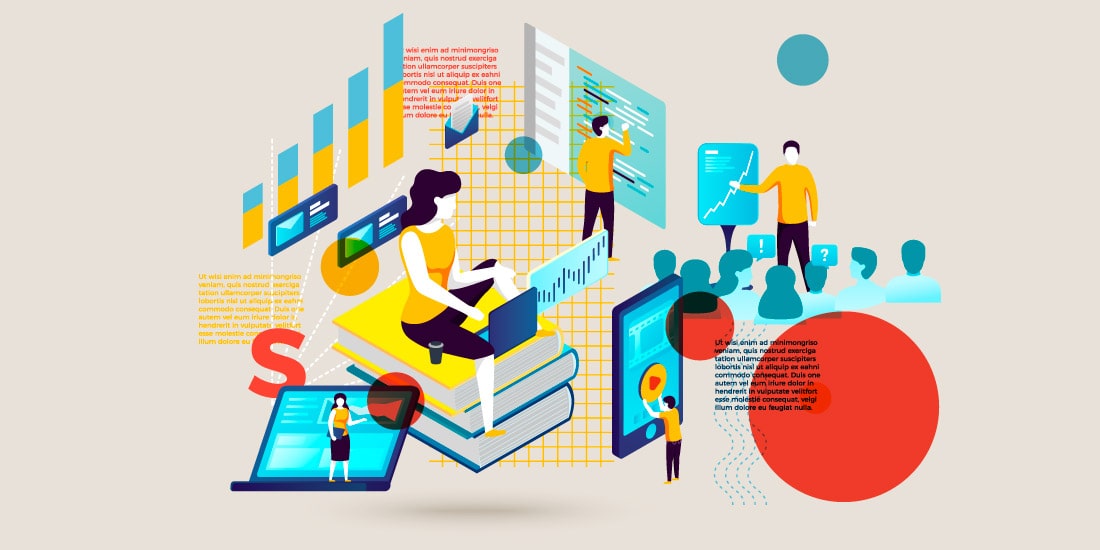 People are busy today in ways that are quite different from a year ago. But it’s likely that they’re saving some time too. Yes, there might be onerous home-schooling responsibilities, a deep commitment to a new box set or another attempt to correct recurring sourdough failures that did not feature in 2019. But there’s a commensurate lack of commuting*, socialising and - which is the point here - indoor conferences, meetings or training events.

To consider the last of these, there are several reasons why the demand for traditional training comes down at a time like this. Obviously the everyone-in-the-room model is unavailable just now and, for some individuals and organisations, the motivation to get on and learn a skill you cannot foresee using very soon, might be lacking. And budgets are tighter in organisations that have been hardest hit by the upheavals of the pandemic, so training might seem like a luxury.

The solution, though, shouldn’t be to eschew training at exactly the moment when the skill-poor are about to find things even more challenging. It’s to ask, first:

Adapting sales, negotiation and communication skills to a virtual environment

What these activities have also done is become virtual. And so the best organisations and most ambitious professionals have put the time they’ve saved elsewhere to good use, utilising virtual learning methodology to sharpen their skill at virtual selling methodology and virtual negotiation methodology.  Frankly, we’ve been pleasantly surprised at the uptake in virtual training and at the unintended or unpredicted positives that have come out of the trend.

But maybe we shouldn’t be that taken aback. The actual business of engagement between buyers and sellers has changed substantially since face-to-face encounters became impossible, and that has necessitated a positive response in skill development. After the simple initial understanding of video call hygiene factors we all learned last March (consistent light, neutral background, bandwidth economy, no cats), there had to follow the bigger question: How can I ensure that I’m persuasive and consultative in what is still an alien - though no longer an unfamiliar - environment?

There’s surely no better training paradigm than to use that same environment to receive, understand and experiment with the new behaviours; and apply them through roleplay and simulation. The key to acceptance and enthusiasm by learners has been this immersive approach by:

Of course, any competent seller now communicating over Zoom, Teams, GoogleMeet or Webex would take, as their starting point, exactly those behaviours that have always been most effective. But now those matter more than ever.

For example, in the virtual world, verbal behaviours such as asking well-crafted questions to uncover customer problems, are of even greater importance than they were before– helping to compensate for a decline in the quality of in-person cues. Just as during an in-person meeting it wouldn’t be good practice to rattle through 30 slides without any attempt at real dialogue with prospective customers, so this should be avoided even more carefully in virtual forums. While you are focused on droning through the slides, worrying if everyone can see your screenshare, and setting up the next item, you cannot be focused at all on the people themselves – their reactions, their levels of understanding, whether they want to ask a question, whether they’ve left the room or are scrolling through their emails in another window or on the phone.

Video conferencing has given us the power (used properly) to interact fairly fully and to practise plenty of the behaviours that Huthwaite research shows are used more often by successful communicators than by the average. We call them things like 'Bringing In', 'Testing Understanding', 'Summarising' and 'Building'. The same technologies can also help us to avoid persistent “Shutting Out”, (shown by our research to be a behaviour linked to low success in many contexts) if we use those technologies with care, and remain alert.

Often, major negotiations involve a mix of specialists on both sides alternating between break-out rooms and plenary discussion. Do you then know how to bring them all together and how do you keep track of what has gone on in each of them? As well as technical skill, you will rely very heavily on two crucial behaviours: 'Testing Understanding' and 'Summarising'. These are important when the discussion is face-to-face. When it is being done virtually, getting these things right can be the difference between success born of clarity, or failure born of anarchy.  So too can dealing correctly with Low Reactors - people for whom less than 10% of the behaviours they use fall into our 'Reacting' category.

There’s no better way to learn how all this will play out in a genuine virtual encounter with customers or suppliers than to find out in a simulated virtual encounter with colleagues – and to do it now, while we still have the breathing space to learn. In a workforce isolated by working at home and stressed by back-to-back video calls, what better way to vary that diet than with a well-structured, applicable and stimulating training intervention that will leave people with a sense of achievement and growth?

The other unintended positive consequences of training this way are many - and some were a genuine revelation to us. We anticipated the advantage of bringing together people who would normally never be able to meet - and at pretty short notice. As long as they all speak the same language (for our clients  that doesn't only mean English, it could be one of 15 languages) we can gather learners from anywhere in the world.  Some of them might be with us outside their (or our) normal office hours - but who remembers normal office hours anyway?

What we were less prepared for, but very pleased about, was the fast rate of workplace transfer. In the traditional classroom training model, everyone does the digital learning first and then gets together in one location for an intensive two-day classroom to burnish the skills and roleplay with the behaviours. Then they go out into the world and find out over several weeks if they have the impact they’re hoping for. But now, in the virtual environment, those classroom sessions are shorter and spaced out over (ideally) two weeks. In between each session the participants try out the skills and behaviours in their real-life virtual sales and negotiation meetings, and then back they come to the next session, beaming with insight and enthusiasm, chirruping happily: “It worked!, It worked!” and eager to share their experiences with peers.

But ultimately the big gain for everyone is that whatever dislocations and setbacks they may have experienced this past year, the opportunity is there for them - as never before - to emerge from all this measurably better at something important.

*(100 minutes less per day according to the UK Office of National Statistics, to say nothing of intermittent long distance or international business travel).

Beyond transactional communication - the human touch
By Robin Hoyle | December 02, 2020