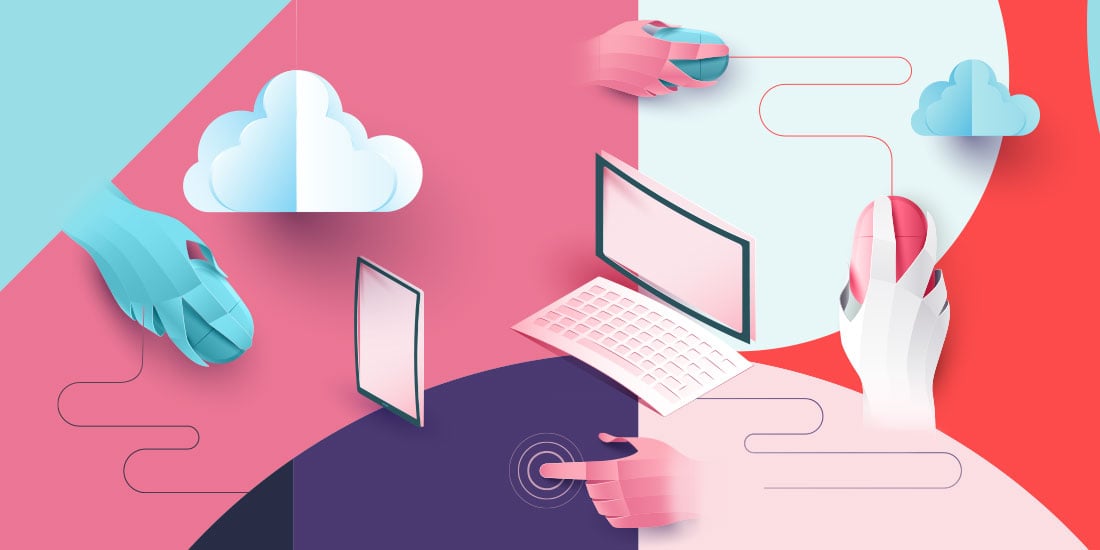 So what do we do now?

What was once the future is now the present. We assumed that airport delays, service station sandwiches, anxious waits in reception, and handshakes (remember those?) were all – and would remain – the unchanging rites of the seller’s daily life.

Instead, we have accelerated into a world in which major opportunity sellers and key account managers, with targets to meet and multi-year complex sales to manage, are unable to leave the house. The prospects, clients or customers they’d be meeting are stuck at home too. But business cannot simply pause; and selling is the vanguard of business. Salespeople can do things differently – and maybe even better.

There’s a long history and therefore a body of accumulated experience and guidance on the one-to-one, telephone-based sale. My colleague Andrew Eaves has written about that here. But that’s just part of the story.

The first time I was involved in winning a significant bid opportunity with a completely new client from contact to contract without any real-world interaction between the key parties was probably a decade ago. The chosen channels of communication were email and voice calling, which weren’t exactly bleeding-edge apps even then. Now everyone is learning: there are now new tools to master, and new behaviours to adopt. But in doing so we must remember the unchanging behaviours that always distinguish the successful from the unsuccessful sales person.

Much of the Huthwaite research into the skills of successful sales people – whether building value in the early cycle, or capturing it in the commitment stages and the negotiation – focuses on verbal behaviours. And so at a time when communication relies upon distant voices (sometimes augmented by a live picture shrunk to a postage stamp as more and more people join the discussion) so the focus increases on what people say, how they listen, and how they process information communicated in the discussion as it progresses into a persuasive case.

Virtual selling isn’t without risks for salespeople. The seductive novelty of new technologies can lead to selling teams becoming technology-led, shaping their behaviour around what technology allows, rather than because those behaviours are conducive to successful selling. So, think about what kind of virtual selling is appropriate for which stage of the Buying Cycle™.

When customers are at the beginning of the Buying Cycle™ – still in what we call Changes Over Time, and probably not yet considering making the kinds of investment you want them to be talking about – you might need a series of one-to-one calls, Zooms or whatever. It is probably not a successful strategy to look immediately for a multi-user conference meeting with all the stakeholders, just because you’ve learnt how to do it.

As you would in real life, go first to the person who might be receptive to an early approach. Work with them to assess the landscape, find the right internal coaches, see who in the organisation might be trying to manage business problems that you could solve. Discover what competition is present and what the decision-making process will be, if there is one. Note that just at the moment, that decision-making process might have been up-ended as customer companies re-assess their priorities; some of your best contacts might be worrying about other things.

All of that is the kind of thing that is best done in a series of one-to-one contacts (phone, email, text, WhatsApp or video call doesn’t matter) to the people we call the Focus of Receptivity, rather than revealing  your strategic discovery plan to banks of unfamiliar faces staring back at you across the ether, wondering why you’ve brought them there when they could be helping their 12 year-old with their home physics lessons.

When you do establish who the next rung of important and relevant influencers are – the people who own the problems you are trying to solve – you might well find yourself facing a gallery of moving, talking faces. And at this point, especially if you have the daunting feeling that all of their sceptical eyes are on you, it would be dangerously easy to forget the eternal verities of good selling.

Truly successful selling should always be more of a ‘pull’ than a ‘push’ interaction. In the real world, the unskilled salesperson often spends too much time listing the features of their offer, rather than asking consultative questions and listening carefully to gain an understanding of the prospective customers’ problems. That’s a trap salespeople are even more likely to fall into on virtual platforms, without the same behavioural cues to suggest someone else wants to speak; or where you, as a seller, are more likely to speak simply to prevent a period of silence on the call. That’s usually the time when you say something you regret or the listeners have no real need to hear.

Instead, giving the customer plenty of room to speak so that they can fully outline business problems they are facing is vital for effective, persuasive selling, in which the conversation is centred on the problems and potential solutions of the prospective customer and them alone. That means allowing the would-be customer to talk until they have given their fullest possible answer – easy to do in person, relatively straightforward on a call, but more difficult on a multi-stakeholder Zoom meeting.

In the virtual world, traditional selling skills, such as listening carefully and asking intelligent questions to uncover customer issues, are in fact more important than ever, helping to compensate for a decline in the quality of in-person cues.

There are sensible precautions a skilled salesperson can take when selling virtually. Just as during an in-person meeting it wouldn’t be good practice to rattle through 30 slides without any attempt at real dialogue with prospective customers, so this should be avoided in virtual forums. All the more so because while you are focused on droning through the slides, worrying if everyone can see your screenshare, and setting up the next item, you cannot be focused at all on the people themselves – their reactions, whether they want to ask a question, whether they’ve left the room or are scrolling through their emails in another window or on the phone.

Voice, data and video over IP have given us the power (used properly) to interact fairly fully and to practise plenty of the behaviours that Huthwaite research shows are used more often by successful communicators than by the average. We call them things like “Bringing In”, “Testing Understanding”, “Summarising” and “Building”. The same technologies can also help us to avoid persistent “Shutting Out”, (shown by our research to be a behaviour linked to low success in many contexts) if we use those technologies with care, and remain alert. Having one of your team lead the conference (or your part of it) and another colleague on the lookout for who is itching to ask a question, build on a proposal or challenge a claim isn’t a bad idea.

As well as applying the same skills and behaviours that are important in real-world selling to virtual environments, salespeople will need to recognise the extent to which virtual selling can exacerbate mistakes commonly made in real-world interactions.

Addressing just a single person with an off-topic remark during a group discussion is distracting in the real-world, and likewise in the virtual environment. All the current technologies allow bi-lateral conversations within a wider group discussion in such a way as nobody else notices (chat sidebars, break-out rooms etc). Is that a sensible option though? My sense is – and we’ve no particular research in this area to back this up yet – that one should handle with care. Use the facility for quick clarification for the customer, and agreement of immediate tactics with colleagues, but not for strategic considerations or detailed conferring, because doing so takes focus away from the real object of the meeting: the customer group as a whole and what they are saying.

There are some distinct advantages to sellers in the virtual sales paradigm.

One is that it is probably simpler to convene, and at short notice, a meeting of the people you really need to speak to at each stage of the Buying Cycle™. They will be busy of course – they might be covering for colleagues as well as trying to keep their own show on the road – but they won’t have large chunks of their diary given over to travel. So organising a series of smaller meetings with the right key player(s) as they move around the Buying Cycle™ – possibly without the impediment of gatekeeping assistants – will be easier.

Secondly, it makes those meetings cheaper for you to attend – and cost of sale is going to be a closely patrolled metric in the harder times to come.

Thirdly, when you are on the call, the documents that you might have used in your preparation and planning (in Huthwaite terms these would be Call Planners, T-forms, Persuasive Case Analyses, Negotiation Organisers and the like) can be there with you on your desk or on your tablet device in a way that would seem odd if you brought them out and plonked them on the table at the client’s office. They should never be rigid scripts or straitjackets for how you conduct the call, but they can be a valuable help in ordering your thoughts and building your argument.

When this is all over (a phrase that almost types itself by now) this might or might not be the permanent new face of sales. Some things might revert, but as with any seismic shock, many of the changes to the landscape are sure to be permanent. If we can manage without a full day’s travel for a one hour meeting now, why should we ever go back to the old way? People who want to see you in person really can see you on their laptop.

Once video conferencing moved from a dedicated office suite brimming with expensive specialist hardware to a four-inch long plastic and glass supercomputer in your pocket, the world changed. As technology improves and video conferencing advances to the extent that key stakeholders on the other side of the world feel like they are in the same room, the behaviours and best practice examples of real-world selling will be even more easily applied in the virtual space. In the meantime, adaptive use of today’s virtual channels offers significant opportunities. Sales teams must ensure they and their customers – not the technology – are in the driving seat when it comes to getting the most from these platforms. 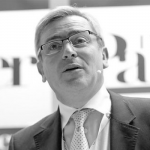