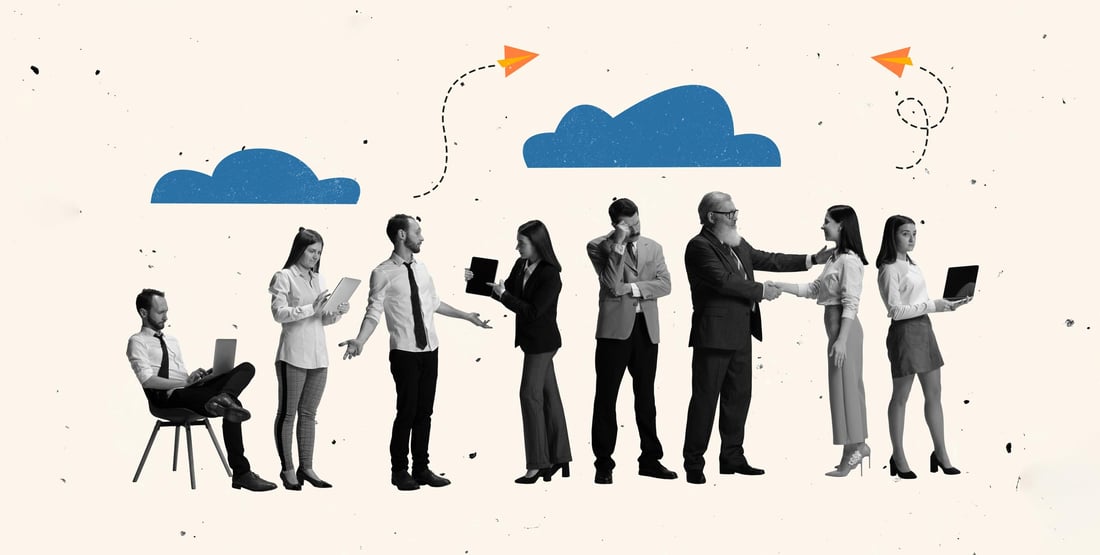 There’s often confusion around the definition of negotiation in a business setting.

Most people regard negotiation as a task primarily undertaken by professional buyers and sales people.

Our global negotiation research survey revealed the most common type of negotiation that happens in the workplace isn’t commercial at all. Over half (65%) of our respondents indicated that they frequently took part in non-commercial negotiations.

You are likely to spend more time utilising negotiation skills than you realise, so understanding the fundamentals of negotiation and building these skills will help you succeed in both a commercial and non-commercial role.

When we’re looking at negotiation through a commercial lens, we define it as the process by which sellers and buyers agree the terms and conditions on which they are going to do business once a sale has been agreed.

There’s three conditions that have to exist in order for negotiation to take place:

Why are negotiation skills important in business?

Post-pandemic, negotiation skills became, and still remain, THE most important tool to drive business success at crucial points of the decision-making cycle.

According to our research,  90% of business leaders believe communications skills, like negotiation, are vital for the future of their business. But, despite this, just 15% of employers feel their teams are experienced enough in communications to maintain business growth in a post-COVID market.

This model describes the different stages of negotiation maturity as organisations go from an ad hoc approach to world-class—with organisation-wide compliance on the negotiation process.

Through this model we uncovered that during the last year, the net income of the Global 2000 (as recognised by Forbes) declined by 30.9%.

In that same period, the upper quartile of companies on our ‘negotiation maturity’ benchmarking scale posted an average net income increase of 42.5%.

Conclusive proof that negotiation skills have a direct correlation with revenue increase.

We have many anecdotal stories that prove a formal negotiation process adds value, however, the one true measure of success is bottom-line profitability.

Using the OneSource online database, our research team pulled out net income data from two, annual reports for over 4,000 participants. They then calculated the % change in net income and ranked the companies in order of income gain – so the most successful were at the top of the scale.

When the net income change was plotted against the negotiation maturity ranking, it revealed two outcomes. 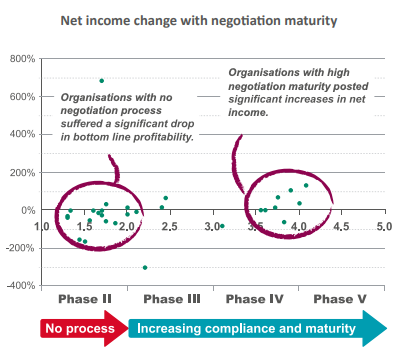 Aside from profitability, adding a formal negotiation process can empower your employees, helping them learn new skills they’ll utilise in all aspects of their career.

Take a look at this case study from John Hogg:

This highly specialised and qualified team needed to strengthen their commercial skills across the board to drive growth.

They wanted to trust in negotiation methodologies that offered exceptional new negotiation  skills and rigorous processes that met the expectations of their academic/research focused backgrounds.

“One of the key negotiation skills the training has given me is an understanding of what behaviours the other side are using and knowing how to respond to our advantage, while still maintaining a positive overall relationship. There isn’t a day goes by that I don’t use the skills taught in the Complex Negotiations programme – a few things I already did before, but now I can properly structure and plan my responses with confidence!” — Liz Taylor, Buyer

Effective negotiation can equate to millions in bottom line profits, and many companies have embarked upon large-scale training programmes – but without a clear strategy behind the initiative, they become an exercise in ticking boxes.

What makes a successful negotiator?

According to our Chief Executive Officer, Tony Hughes, in 'Developing Successful Negotiation Skills’

…skilled negotiators do more planning than average ones.

The major differences are really around the behavioural skills of skilled negotiators, in that they have a behavioural flexibility.

When we were looking at the research, the biggest differences we found, were in those behavioural skills that people use and certain behaviours being used more than other behaviours.

In our whitepaper, ‘Developing effective negotiation skills’, we defined what constitutes a skilled negotiator, based on three criteria:

Both sides should agree the negotiator is effective to avoid a biased, single-frame-of-reference.

The criterion for choosing an effective negotiator was a consistent track record of success over a specified period of time.

In addition to a track record of agreements, the record of implementation was also studied to ensure the agreements reached were successfully carried out.

They seek motivations and feelings from the other side to test the temperature of the negotiation and whether things are on the right track.

Looking for more data around what makes a skilled negotiator

According to our research, 84% of organisations have no formalised measurement of negotiation success beyond the contract signature.

Assessing the effectiveness of negotiations is a process that shouldn’t have an expiry date.

To provide a framework for retaining successful relationships and mutual value, the effectiveness of negotiations must be measured beyond the deal.

We conducted an interview with a director of global contracts in a Global 500 company, in the Research report - ‘Negotiation performance – the key to business success’  who developed a successful, long-term measurement framework.

“We certainly compare the results of the negotiation with the plan, the charter—the objectives that we set out to accomplish initially – but it doesn’t end there.”

“I have a portfolio of contracts that I’m constantly measuring and monitoring and making sure that 12 months, 18 months, 24 months after we’ve signed the paper, am I still delivering the benefits from the contract that I negotiated up-front when I signed the deal?”

Their organisation has developed a negotiation performance dashboard, which is presented to the CFO at quarterly meetings.

In terms of metrics, the director of contracts explains: “We have developed common metrics that cut across all the agreements, and we have specific metrics that are unique to a particular contract. Is it financial in nature? Is cost in line with what I anticipated it to be?

The essential ingredients for negotiation

When Huthwaite International launched its biggest ever global survey into the tactics and behaviours that people deem effective at the negotiating table, we identified four essential ingredients for a successful negotiation:

Having a clear understanding of what you want to get out of the negotiation and how you’re going to achieve your objectives is crucial.

Huthwaite research found that skilled negotiators focus more on planning (deciding what to do with the data) rather than on preparation (the process of collecting data).

This relates to behavioural skills like persuasion. Testing understanding and giving feelings. It also pertains to the negative behaviours that could potentially upset the other party.

Average negotiators, on the other hand, were experienced negotiators with a moderate track record of success. By directly observing these negotiations, we were able to analyse the behavioural differences between the two groups, and differences in the strategies and tactics they used.

Having conducted the largest body of directly observed research into live commercial and contract negotiations, we’ve uncovered a number of tips from experts in the field of negotiation. From countering hard bargaining tactics, to opening negotiations.

Including key preparation questions to ask, such as:

Without negotiation skills, even if you know you’re facing a scheduled negotiation, you don’t always know how to plan to get what you want.

Learning an effective process for robust and reliable preparation and planning is invaluable and can be taught in an engaging, insightful course, tailored to your specific needs.

Honing your negotiation skills as part of a wider strategy is as much about looking at failure as it is about focusing on success.

Our unique research involved observation of the live execution of business negotiations, which revealed exactly what successful negotiators do. This resulted in the measurable, trainable and repeatable behavioural patterns used in our negotiation skills training.

Most training companies provide processes and tools, but no-one else comes close to having the proven and robust verbal behaviour models we share with our clients.

We’ve trained some of the world's top negotiators—they prefer to stay anonymous, so their skills are a powerful advantage their opponents don’t see coming.

It’s not uncommon for the investment in a Huthwaite negotiation programme to be returned (and more) in the very next deal.

The gains and savings our clients around the world have made run into millions.

We helped one global energy supplier save £37 million in a single negotiation.

The adoption of new and adaptable negotiation skills have become vital to drive profitability, increase efficiency and reduce cost.

Book a consultation and develop your personalised training plan today 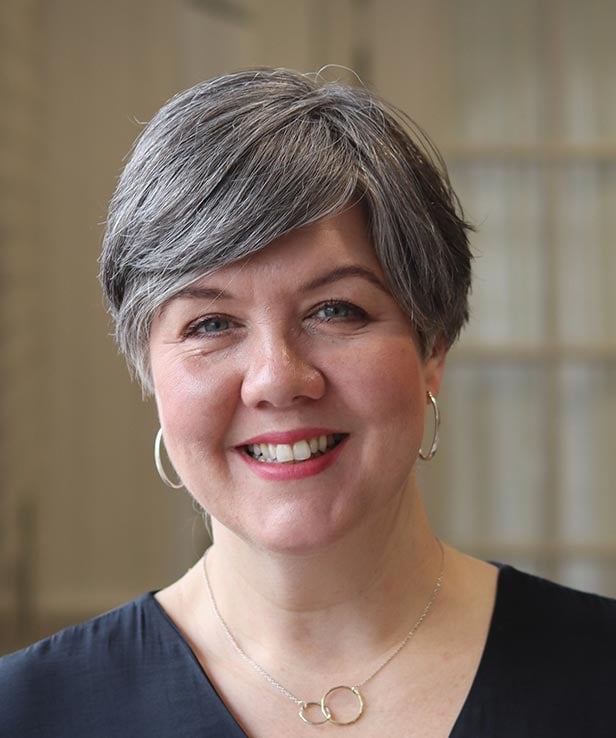 New year resolution success - changing your approach could be the answer
By David Freedman | January 05, 2023

Pester Power - top tips to negotiate with your kids this Christmas
By Rachel Massey | December 07, 2021